There is always a flurry of emails at Daedalus when one of the products we helped design is spotted on TV or in a movie. For some reason the excitement is higher when the setting is fictional. We have yet to top our Miami Metromover’s appearances on Miami Vice in the eighties, but we have had three products pop up recently. We all feel good about that, but what I wonder is why? Why do we feel good about it? Why do we even care?

The first to appear was the FEI/Aspex Scanning Electron Microscope on the CBS crime drama “CSI: Miami”. The intentional green and red glow it casts looked super cool in the dramatically darkened forensics lab – maybe better than it does in a brightly lit real-world lab. It wasn’t the star of the scene for anyone but us and the folks at Aspex, but perhaps we find validation of our design when it is featured alongside a handsome Hollywood star? Validation that perhaps we don’t get when our products appear in a tradeshow or on a news program. 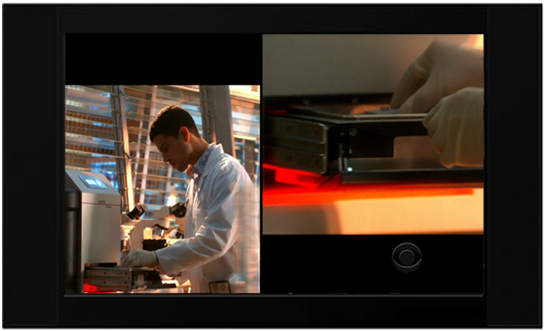 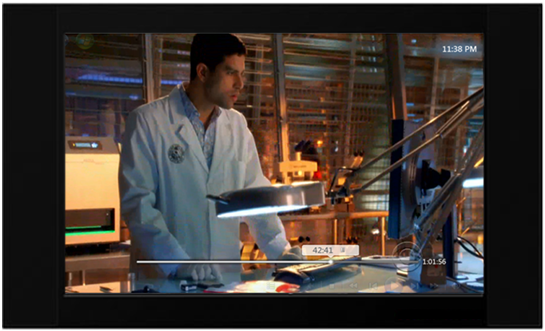 The second to appear was the 4Moms Origami power-folding stroller on “How I Met Your Mother.” Like “CSI: Miami”, I’ve never seen this show, but I know it is a comedy starring the guy who played Doogie Howser, MD. Maybe that good feeling we get is just confirmation that our product exists outside of our CAD screens and prototyping labs. We gave up our “baby” to our client, and it is having a great life. But I think there is more to it than that. I felt proud when I walked onto my parents’ back porch and saw an Adam’s Folding Table we had designed – they had purchased it with no knowledge of our role – but that feeling was different. I’m not sure why.

The third was the Medrad ProVis Angiographic injector, mixed in with the stars of the Fox series “House” – a show that I used to watch regularly, suckered in by the Massive Attack song “Teardrop” in the opening sequence. The ProVis stood like a character in the scene, with its head leaning over the operating table. 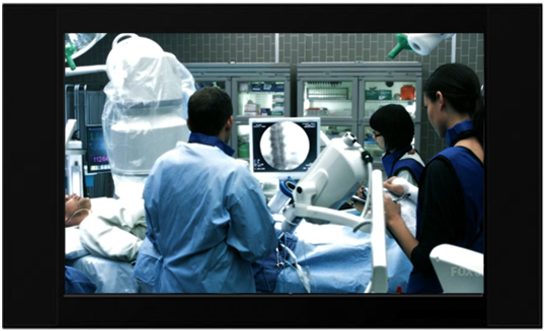 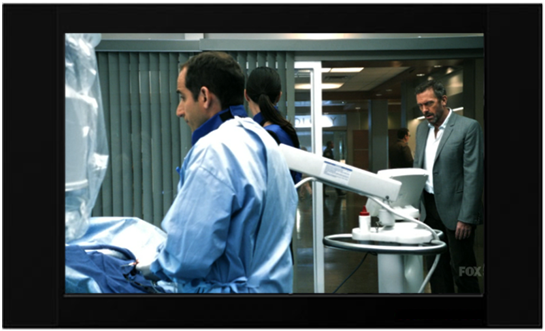 I once encountered another Medrad injector we helped design, this time during my own minor surgical procedure. But the feeling then was not like this. “I helped design that,” I proclaimed to the prep nurse. “If you keep talking when the surgeon shows up, we will have to knock you out,” she replied, managing to hide completely how impressed she was.

I think the key to that special feeling we get is seeing evidence of ourselves in the world of movie and TV fiction. It is a world we didn’t create, we don’t live in, but to which many of us dedicate much of our time and imagination. Sure, we design products for people in the real world, conscious of the real needs of those people. When we encounter them in real life, we are pleased to see the products working for people. But our products in a TV drama or in a movie? That’s some other kind of magic, something we never expect or imagine when we develop products. No, it’s not really important, not compared to the service these products provide to the people who use them. But it is still a lot of fun, getting that little bit of stardust on us.